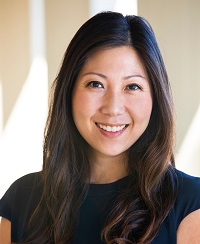 Dr. Gina Lee was born and raised in Orange County. She received her undergraduate degree in Biology from the University of California, Irvine where she received the prestigious Regent’s scholarship. During her time as an undergraduate student, she was involved in several research projects to help elucidate the anticoagulative effect of aspirin. Her interest in research took her all the way to Sweden, where she worked with other scientists at Karolinska Institute, home of the Nobel award. After completing her Bachelor’s degree, Dr. Lee went on to receive her medical degree at the David Geffen School of Medicine at the University of California, Los Angeles. She graduated among the top of her class, was awarded with several letters of distinction and was elected to be a member of the Alpha Omega Alpha Honors Society.

Dr. Lee enjoyed the academic environment at UCLA and continued at Jules Stein Eye Institute for her residency training. During her rigorous clinical training, she became intrigued with the challenge of treating glaucoma. Dr. Lee dedicated an additional year of training and research to focus on glaucoma. After completing her glaucoma fellowship at Jules Stein in 2011, she returned to Orange Country and has been working in private practice, specializing in glaucoma care and surgery.